The Token Creek Chamber Music Festival – like all such organizations this summer – cancelled its in-person activities. Instead, the Festival is offering an array of archival recordings, including a program of vocal music that includes excerpts from my Holy the Firm. The soprano is Sarah Yanovitch, and I’m at the piano. Sarah does a great job, and there’s a remarkable array of singers and pianists on the playlist: Krista River with Judith Gordon; Lucy Fitz Gibbon and Ryan McCullough; Janice Felty and Craig Smith; Simon Barrad and Token Creek co-artistic director John Harbison; and Lorraine Hunt Lieberson with Steven Blier. I can attest to the excellence of the performers from first hand experience. Judy premiered my Pure Contraption, Absolute Gift; Lucy and Ryan are the performers on my recently-issued CD, Descent/Return;  Janice and I performed together at SongFest a number of years ago; and Craig Smith premiered some of my choral motets with Emmanuel Music. (Re-reading that last sentence, I have to say I’ve been a pretty lucky composer.) You can hear the program here, and read my post from the time of the performance in 2018 here. The picture above shows the interior of the festival barn in rural Wisconsin, while the one below shows Sarah and I in action. 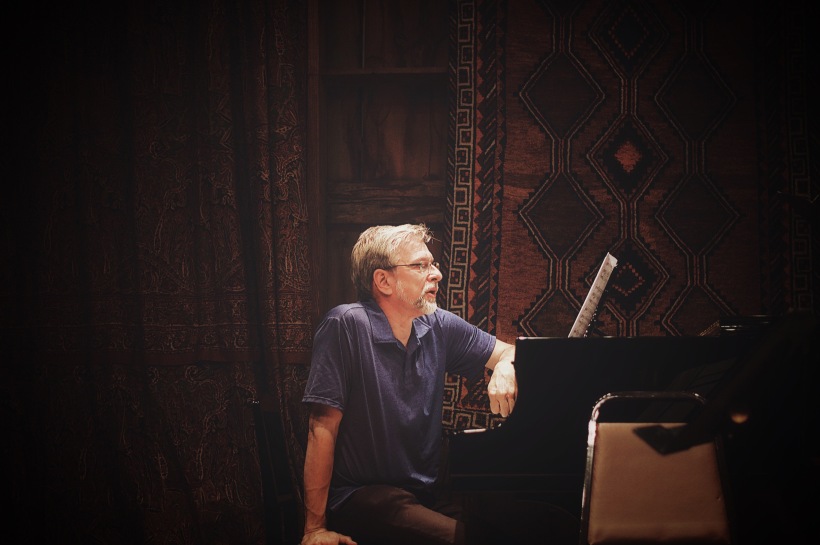 A nice review of the recent concert at the Token Creek Chamber Music Festival that included four of my songs with singers Sarah Yanovitch and Ryne Cherry:

(The picture is of me at a rehearsal in the Festival Barn – thank you to Ashley York for this shot.

At the moment I am focussed on completing my new motet for The Crossing (about which more soon), but I want to take a minute to report on my recent visit to John and Rose Mary Harbison’s Token Creek Chamber Music Festival. This year’s edition was a set of three programs, the first of which included four of my songs, juxtaposed with vocal and instrumental music of Bach. I covered the piano parts, and the excellent young singers were soprano Sarah Yanovitch and baritone Ryne Cherry. Sarah did two of the five songs that make up my cycle Holy the Firm; It gives one pause to realize that she was probably about 7 when Dawn Upshaw and Gil Kalish premiered the piece. Ryne did one old song, From Psalm 116, which predates even H the F, and a quite recent piece, the Melville setting called A Catskill Eagle that I wrote in honor of John Harbison’s 80th birthday, and premiered at SongFest in late spring of this year. There were two Bach cantatas, some cantata excerpts, string arrangements of three chorale preludes for organ, and Contrapunctus VII from The Art of Fugue, played by John himself on the portative that he used for the continuo in the cantatas. The  fine string players were Rose Mary Harbison and Laura Burns, violin; Jen Paulson, viola; Mark Bridges, cello; and Ross Gilliland, bass.

The Festival’s concerts take place in a handsomely renovated barn, not too far from Madison, Wisconsin. There was an exceptional Steinway at hand, a pleasure to play for its beguiling beauty of sound but also (for this composer/pianist) ease of control. Here are a few pictures taken in and around the barn. First, the string players working on a chorale prelude, with John listening:

Ryne, Sarah, and the ensemble: 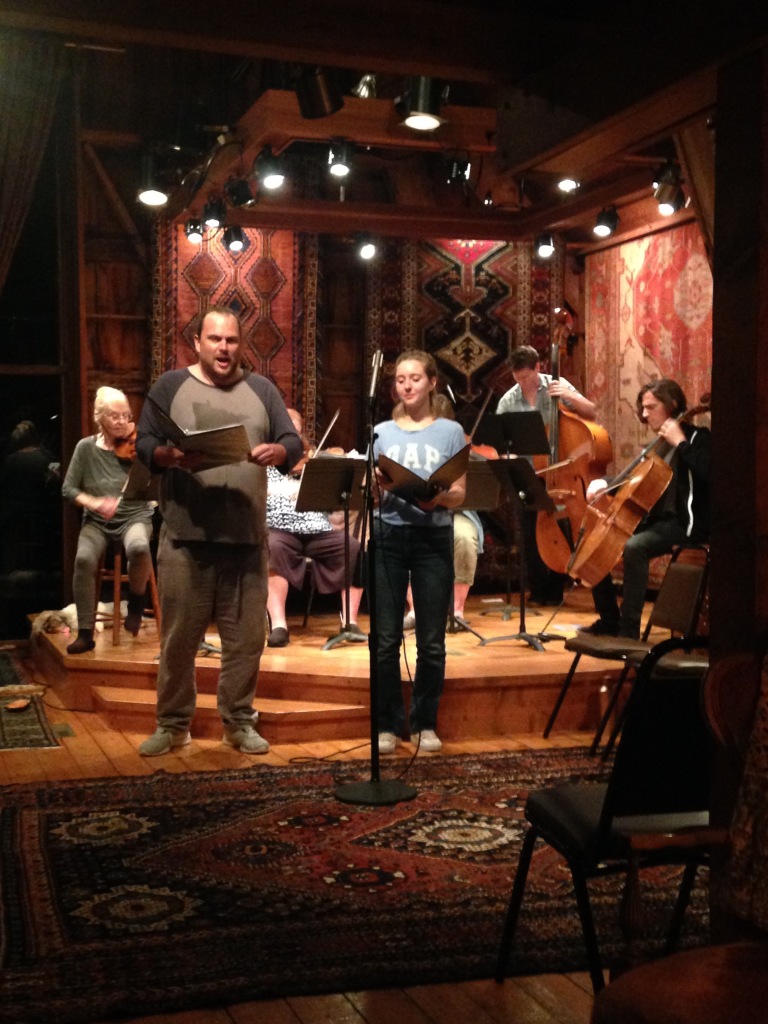 The Harbison’s dog Rudi is very much present at all times. You can see him in the rehearsal pictures where he rests on the stage, apparently enjoying the vibrations as he stretches out behind Rose Mary’s chair, but here is a better view, with one of his toys that looks a little like him:

There’s a verdant garden on the grounds: 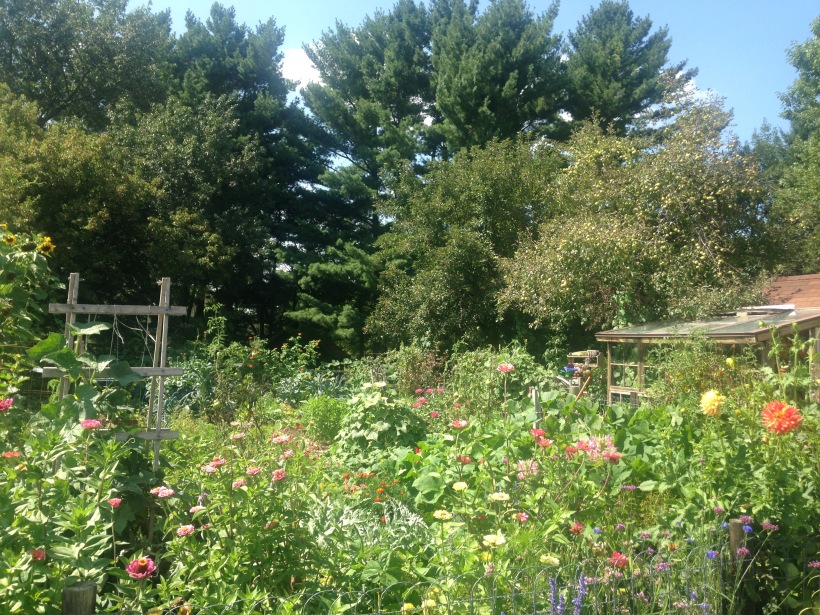 I was enjoying the very kind hospitality of the Festival’s Managing Director, Sarah Schaffer, and her husband John while I was there. They are in Middleton, not far from Madison or from the Festival grounds. I walked around a little bit and went to Mass at the local parish, which had a remarkable stained glass window: 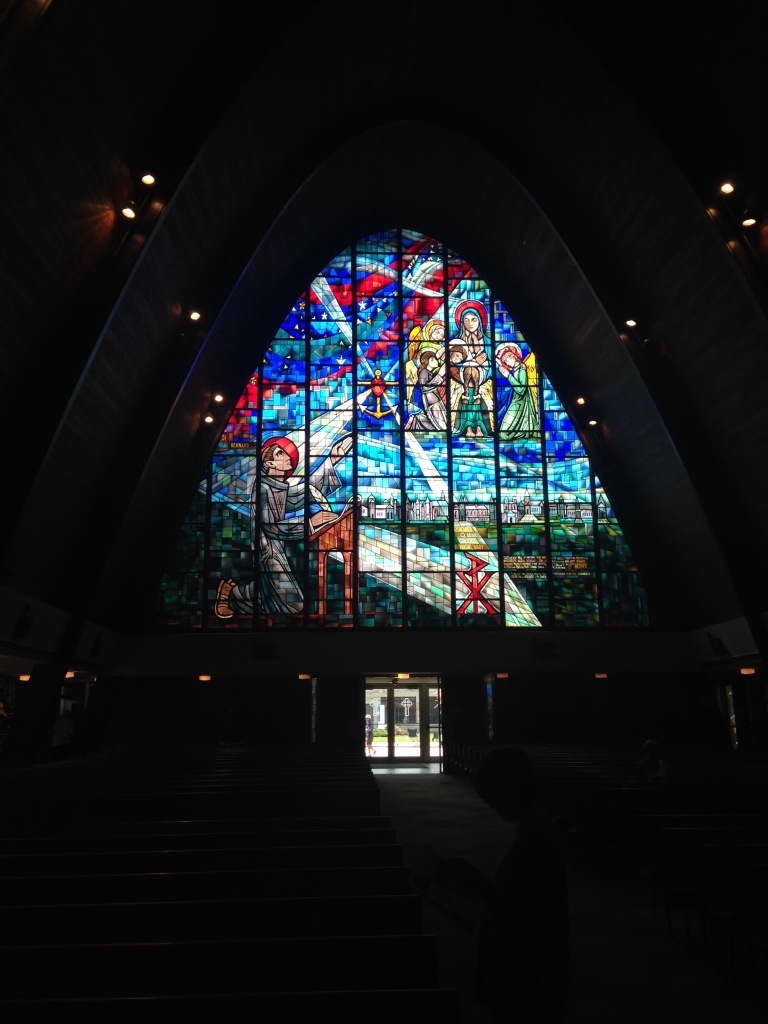 And I enjoyed the straightforward approach to listing hours of operation taken by a Middleton shop:

Here I am with Ryne and Sarah after the show: 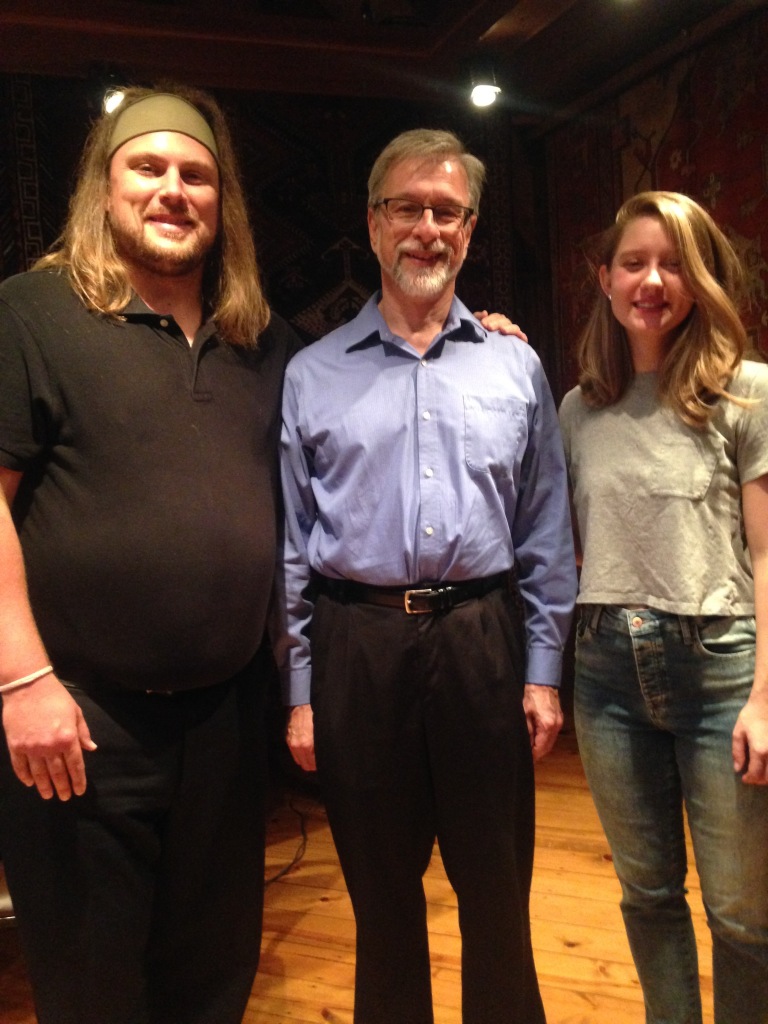 And there was time later that evening for a little jazz, with the Harbisons (John doing his best to emulate Jimmy Smith on the portative) and John Schaffer on bass:

I’m deeply grateful to the Harbisons for the invitation to participate in the Festival; to my young colleagues who sang my songs so sensitively; and to the Schaffers for making all the practical aspects of the trip smooth and easy.