“… balm for the soul and food for thought.” —Christian Carey, Musical America 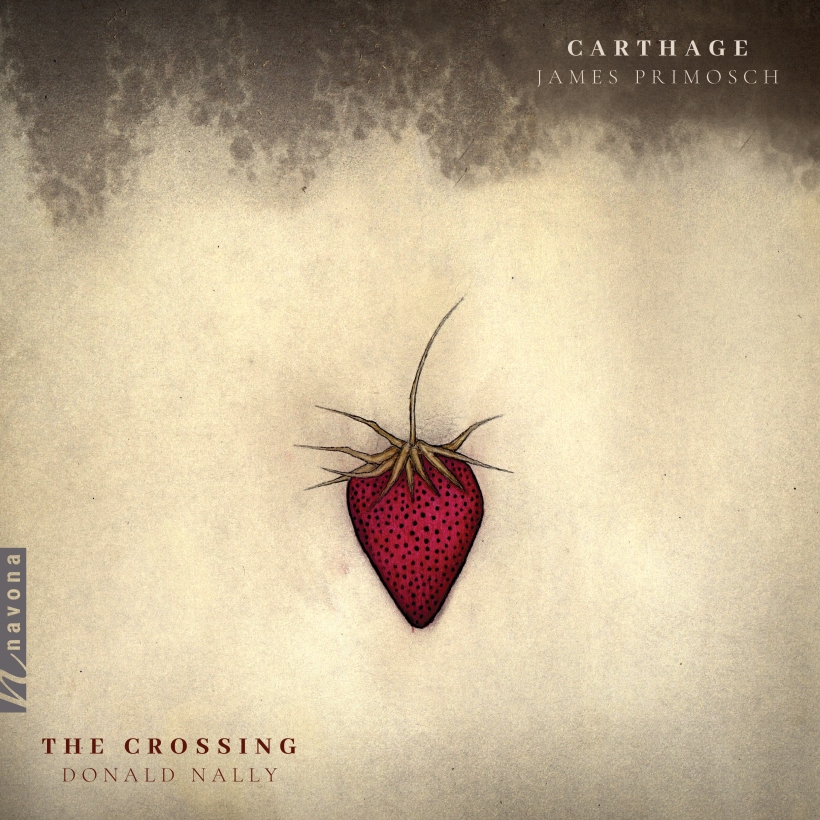 Carthage includes 6 works for chorus performed by the Grammy award-winning chamber chorus The Crossing, conducted by Donald Nally. The title track sets an excerpt from the novel “Housekeeping” by Marilynne Robinson while the other pieces include texts by Meister Eckhart, E. E. Cummings, Wendell Berry, and Thomas Merton. The centerpiece of the album is my Mass for the Day of St. Thomas Didymus, which juxtaposes a setting of the Latin Ordinary with poems by Denise Levertov reflecting on the Latin texts. Engineer Paul Vazquez and his team captured the group’s exquisite singing in gorgeous sound. I’m deeply grateful to be able to share this superb document not only of my choral music in general, but of my working relationships with The Crossing, for whom I wrote three of the pieces on the album, and with Emmanuel Music, for whom I wrote the remaining three works. Go here for the Gloria from the Levertov Mass. Go here for a review of the album at All Music. UPDATE: Carthage has been nominated for a Grammy for best choral performance. This is an award for the conductor and the choir members; conductor Donald Nally and all the singers are richly deserving of the honor.

Songs for soprano and piano, and music for piano solo are featured in this album, including the title work, an extract from my cycle for soprano and ensemble, A Sibyl. Susan Stewart wrote the poems specifically for that project. Three more of my songs close the disc, independent pieces that use texts by Sarah Williams, Robert Francis, and Kathleen Norris. Soprano Lucy Fitz Gibbon performs the songs and her pianist is Ryan McCullough who also plays a set of piano pieces he co-commissioned, Pure Contraption, Absolute Gift.

I am very happy to share the album with John Harbison, my teacher at Tanglewood so many years ago. The disc returns his song cycle Simple Daylight to the active catalog, and includes the first commercial recording of his Piano Sonata No. 2.

Go here for a review of the album from the Broad Street Review. Fanfare Magazine described the album as a “most enjoyable recital”, speaking of the “imagination and skill” of my music, the “pure voice and sensitive phrasing” of Lucy Fitz Gibbon, and the “sublime piano artistry” of Ryan McCullough.

The following performances were scheduled for the 2019-2020 season but were postponed due to the pandemic. Definite new dates have not yet been determined.

—two new pieces for live instrumentalist and electronic sound: one for saxophonist Matt Levy, to be premiered in the 2020-2021 season and recorded by him for XAS Records; and one for flutist Emma Resmini. The project is supported by the Independence Foundation.

—a soprano and piano version of my Wind, Carry Me, a choral setting of a text by Susan Stewart. This is being written at the request of soprano Laura Strickling.

—a song, also for soprano and piano, based on the hymn tune “Beech Spring”, using words by Marty Haugen. Written at the request of Eliza Garth.