I’ll be heading to my performances this weekend in Peterborough, Boston, and Brookline, but if I didn’t have gigs of my own I would be considering the following:

– Bowerbird presents Either/OR playing For Philip Guston by Morton Feldman in a free concert at The Rotunda in Philadelphia this coming Sunday, April 26. The performance begins at 3 pm. Scored for piano/celesta, flute, and percussion, this is a work in Feldman’s late super-long style; the piece will last about 4 and a half hours.

Stephen Hough writes here about some interesting programs he has devised for a Wigmore Hall series – the pattern of piano solo, string quartet, piano quintet is simple and brilliant, and I was pleased to see the diversity of the American program he has planned – Feldman, Carter, Lieberman. I tried and failed to comment on the post, but couldn’t get it to work, despite registering a Telegraph account. So I will say here what I planned to say there – that Americans have served the genre of the piano quintet well, with significant pieces by Wuorinen, Rochberg and Harbison, in addition to pieces by two of the composers already on Hough’s program – Carter and Feldman. (It’s a crime that the recording of the Rochberg by the Concord and Alan Marks is out of print.) It’s a genre dear to my heart, having had a wonderful time playing the Brahms with the Cassatt Quartet a few years ago, as well as playing and recording my own quintet with the Cavani and later, at Alice Tully, with the Miami.

I was saddened to read of the New York Philharmonic’s unprofessional behavior at rehearsals of Morton Feldman’s Coptic Light in 1986. I was at the performance of that piece. It is worth noting that the conductor for that concert, if I recall correctly, was Gunther Schuller. It is hard to imagine Gunther participating in that kind of unprofessionalism, even though this would have been music rather distant from his own principal interests. Note too, that (again, if memory serves), Gunther conducted Arvo Pärt’s Tabula Rasa on the same program; this two years after I heard him conduct Andriessen’s De Staat at Tanglewood. I have heard some label Gunther as one of the big bad high-modernists, narrow-minded both in his own writing and in his programming, but the fact is a rather more nuanced picture would be more accurate.

Crippled Symmetry was one of the Feldman works performed at the recently completed American Sublime festival here in Philadelphia. Here’s a naive question, probably better directed to the folks in the group either/or who performed the piece, but I thought I would raise it here first. As Kyle Gann points out in his “efficiency” essay, the notation of rhythm in Crippled Symmetry (among other late Feldman pieces) is ambiguous at best and, by conventional standards, unintelligible. I am wondering just how performers deal with the notation, practically speaking. Triadic Memories makes sense to me – the notation is subtle, annoying perhaps, but I feel I know how to play the piece. Something like Crippled Symmetry – I just don’t know how to approach it. Does it become a form of spatial notation? Ralph Shapey used to say, regarding the spots in his scores where the arithmetic didn’t work out, “play it like a sight picture” (sic), by which he meant interpret it as spatial notation. Feldman’s notation recalls the puzzles in Ferneyhough’s music, and both composers seem to want to mess with the performer’s expectations. But the math in Ferneyhough works. According to my colleague Steve Gosling, when I asked him about playing Ferneyhough’s Lemma-Icon-Epigram, he said first you do the math, then it’s a matter of figuring out how to play what off of what – i.e., the seventh note of this group will be right before the eleventh note of that group, etc. How to do that in the Feldman?

Bowerbird, as part of the American Sublime festival, is offering a workshop with singer Joan La Barbera. Information here.

– new music in Philadelphia
When pointing out the Feldman and AACM festivals coming up in Philly, I should have also pointed out the Month of Moderns by Donald Nally’s choir The Crossing, and the Opera Company of Philadelphia’s performances of Henze’s Phaedra, featuring Tamara Mumford, whose performance in Queen of Spades I enjoyed so much earlier this season.(Thanks to David Patrick Stearns’s article in the Inquirer for the reminder.) 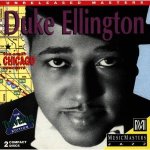 Chamber music of John Harbison (Naxos). Anchored by two piano trios, from 2003 and 1968, this incisively played album by the Amelia Piano Trio also features a number of miniatures: a set of charming Micro-Waltzes for piano, sets of solo viola pieces, the Gatsby Etudes based on music from Harbison’s opera, and more. There is an all-star viola quartet that includes Steven Tenenbom and Ida Kavafian, as well as  Anthea Kreston, the violinist from the Amelia, and the composer himself. The early Trio, written when the composer was only 30, shows that Harbison had a darn good command of an edgy high-modernist atonal idiom, something he subsequently largely set aside; yet the more familiar voice that emerged is still present.

recent reading:
The Anthologist by Nicholson Baker. A gentle, melancholy first-person narrative about a minor poet failing to complete the preface to a poetry anthology. The hyper-detailed observations of Baker’s first books have drifted away, but he is still a keen observer. There is also a good deal of rather cranky and doubtful technical stuff about rhyme and meter (you may be startled to learn that pentameter doesn’t exist), and tales of the great poets that show the narrator’s – and the author’s – love for the world of poetry and the larger world through poetry.

As if it wasn’t enough to be having this Feldman festival, at pretty much the same time Ars Nova Workshop is presenting an important AACM festival, including performances by Wadada Leo Smith, Henry Threadgill, Roscoe Mitchell and much more. Read details here, and read a newly posted huge Do the Math interview with Threadgill here. (A quibble for Ethan Iverson – Pete Johnson’s music is harder than any Chopin etude? seriously?)

A seriously important festival of Morton Feldman’s late music here in Philly, June 4 through the 12. Curated by Bowerbird and called “American Sublime” (quite elegant website), the programs include pieces like Triadic Memories. Crippled Symmetry, and the six-hour-long String Quartet #2. Performers include heavy-hitters like Marilyn Nonken, the Jack Quartet, Joan LaBarbara, and more. This is an uncommon series of events, presenting important music that is new to the area. Read the article that inspired the title of the festival here.

Go here for Kyle Gann’s post on Rochberg’s Serenata d’Estate. He talks about the similarity between certain moments in the Serenata and the work of George Crumb – so I had to post a lengthy comment there about the whole Penn Troika phenomenon. Kyle makes an intriguing connection between Rochberg and Feldman, of all people – funny to think of their work intersecting. Maybe the stasis of Varese is a common thread, with Varesian dynamics turned upside down in Feldman, of course. Earlier I wrote about Rochberg here, and here.