I was very moved by Kiera Duffy’s intense and beautiful performances of my new song Waltzing the Spheres at Lyric Fest’s concerts featuring settings of poetry by women this weekend. While Friday’s performance at Bryn Mawr College was very fine, today’s at the Academy of Vocal Arts was even more powerful and emotionally potent. Laura Ward’s piano accompaniment – for my song, and for the entire program – was varied in color, sensitive in timing and nuance. Laura and her Lyric fest colleagues, Randi Marazzo and Suzanne DuPlantis, are experts at devising satisfying programs, and there was a good bit of material with which I was unfamiliar, including songs by Paul Bowles (setting Gertrud Stein), Florence B. Price, and, of all people, Irving Berlin. Baritone Randall Scarlata offered Berlin’s setting of lines from Emma Lazarus’s “The New Colossus” (Give me your tired, your poor…”), this from a 1949 show called “Miss Liberty”. I loved Randy’s interpretation of Ives’ “The Greatest Man”, funny and touching in quick succession. The other very fine singers were tenor Joseph Gaines (his “Visit to St. Elizabeth’s”, text by Elizabeth Bishop, setting by Ned Rorem, was memorably harrowing), mezzo Elizabeth Shammash (charming in both another Bishop setting, this one by Lee Hoiby, and the Bowles mentioned above) and Suzanne herself, touching in a Jake Heggie duet with Elizabeth. There were also premieres by Benjamin Boyle, Douglas Cuomo, Michael Djupstrom, Daron Hagen, and Maurice Wright, and I thought every piece had something to commend it. I shouldn’t overlook the contribution of actress Michelle Eugene, who, for some of the songs, read the poetry before the setting was performed. I was a little skeptical about this idea beforehand, but after hearing it I think it was a good experiment that helped call attention to the poems. Certainly she read beautifully, with thoughtfully considered shadings of the texts.

UPDATE: David Patrick Stearns’s review of the program is here.

Here I am with Kiera: 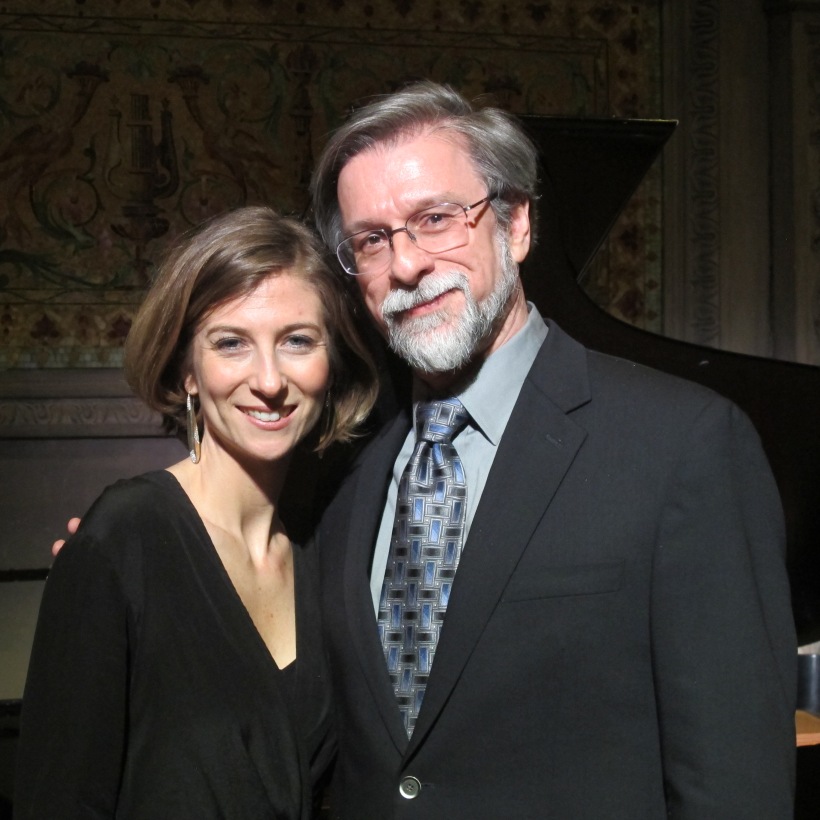 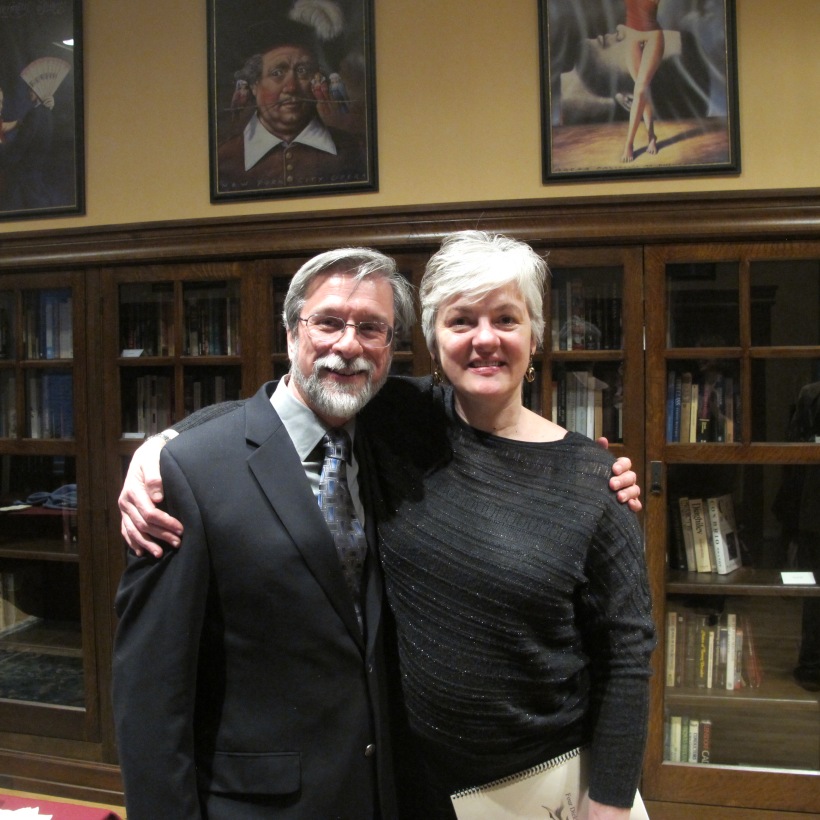 and here’s a rogue’s gallery of composers (L to R: Maurice Wright, myself, Douglas Cuomo, Michael Djustrom, and Ben Boyle): 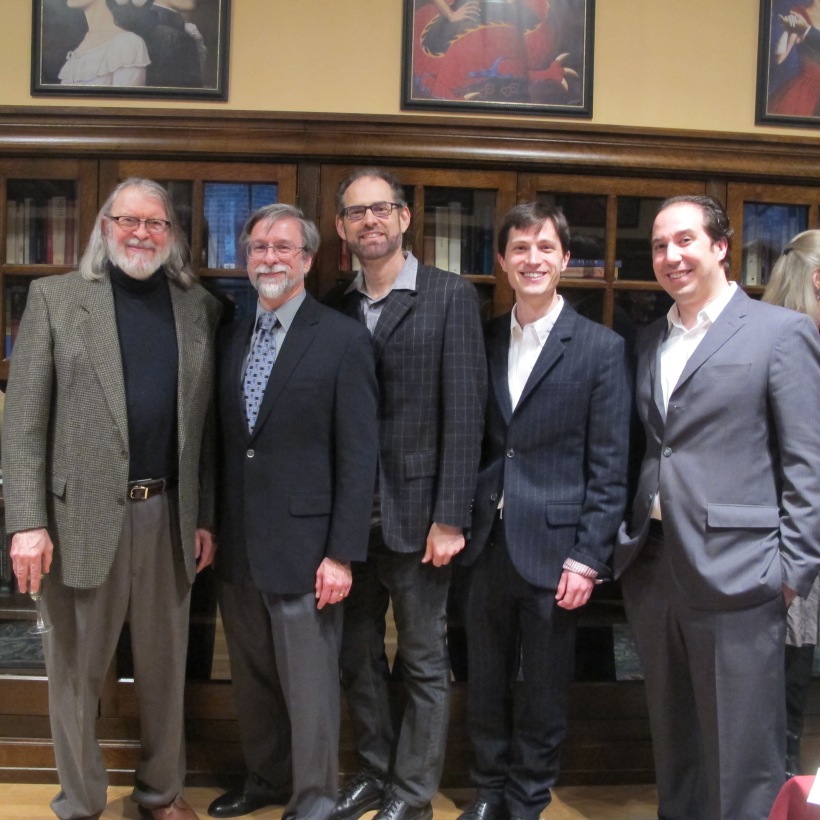