This is the first installment in a series of posts listing some discs I enjoyed in 2014.

Shake the Tree – Robert Carl (Innova)
Three works for piano by a composer with a transcendent vision, an epic quality I associate with Shapey, Rochberg and Crumb, all of whom were Robert’s teachers. The highlight here for me was the title piece, an unbroken arc lasting 20 minutes for piano, four-hands. Donald Berman and John McDonald are the indomitable pianists for this monumental journey, while Moritz Eggert offers a set of short pieces called Braided Bagatelles and Erberk Eryilmaz plays the spacious Piano Sonata No. 2, “The Big Room”. 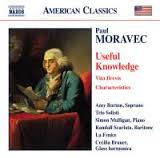 Useful Knowledge – Paul Moravec (Naxos)
Two works with voice and a set of character pieces for piano by the 2004 Pultizer Prize winner. Soprano Amy Burton is soloist for Vita Brevis, a deeply touching set of five songs on texts by various poets; Simon Mulligan is brilliant in Characteristics, each piece inspired by a different musical colleague; and Randall Scarlata is featured in a quirky and ultimately moving cantata on a text by Benjamin Franklin, Useful Knowledge. 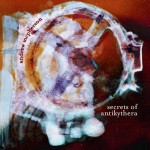 Secrets of Antikythera – Andrew McPherson (Innova)
Andrew is the only composition student of mine at Penn who came to the school having already earned a degree from MIT with a double major in music and electrical engineering. Those two areas of expertise come together in the title work from this album, scored for the magnetic resonator piano, an instrument devised by Andrew in which the strings of a standard grand piano are set in motion by electromagnets without having first been struck by the piano’s hammers. This resource is available simultaneously with the possibility of playing the instrument conventionally. The result is an uncanny array of sustained sounds that spring naturally from the piano’s timbre, yet offer a great contrast with the conventional piano attack. Impressive as Andrew’s command of technology may be, he is also an eloquent composer, well capable of sustaining the 38 minute title work. Pieces for solo violin and solo viola, the later with the accompaniment of the magnetic resonator piano, round out the disc. Performances by Martin Shultz, violin; Nadia Sirota, viola; and Ryan MacEvoy McCollough are uniformly fine.

Composer Andrew McPherson has built what he calls a magnetic resonator piano – the strings are set vibrating by magnets suspended over them, rather than being struck by the hammers (though the latter option is also available). You can hear the result when Ryan MacEvoy McCullough plays Andrew’s Secrets of Antikythera at the Conservatory Theatre, Royal Conservatory of Music, Toronto, Ontario on Friday, October 21 at 8, and again on Monday, October 24th at the Franklin Theater of the Franklin Institute, 220 N. 20th St., in Philadelphia, also at 8.

– two works of mine are available: the Albany Symphony playing Luminism (various posts about the piece begin here), and organist Karel Paukert playing my Meditation on “What Wondrous Love is This?”