At the moment I am on the Amtrak coming home from a busy and marvelous trip to Boston for performances of two works. Collage New Music, with soprano Mary Mackenzie and conductor David Hoose premiered my new song cycle on text by Susan Stewart, called A Sibyl. It’s a demanding and varied challenge for the soloist, and Mary brought terrific intensity and subtle nuance to the piece. The instrumentalists were no less fine, partly on their individual merits, partly because of the ESP that develops among long-term colleagues. I had been impressed in rehearsals by the detail David Hoose gave to expressive details, and it paid off beautifully.

There was a similar sense of commitment from Winsor Music when they played my Quintet for oboe, violin, viola, cello, and piano yesterday evening. The piece is highly varied in expressive character, and many of the comments I received focussed on the third movement, an instrumental version of my song Who Do You Say That I Am. The movement is warmly lyrical and quite tonal (you could probably make a lead sheet of it), standing in strong contrast to the preceding severely dissonant movement. I was worried as to whether the contrasting voices heard in the piece would hang together, but the fiercely committed performance overcame any doubts.

I’m deeply grateful to both ensembles for their passionate advocacy of my music.

Here are a few pictures from the trip. I wish I had a shot with Mary Mackenzie from the Collage concert, but I had to get going to the Winsor event, so I only got the one picture, this with conductor David Hoose: 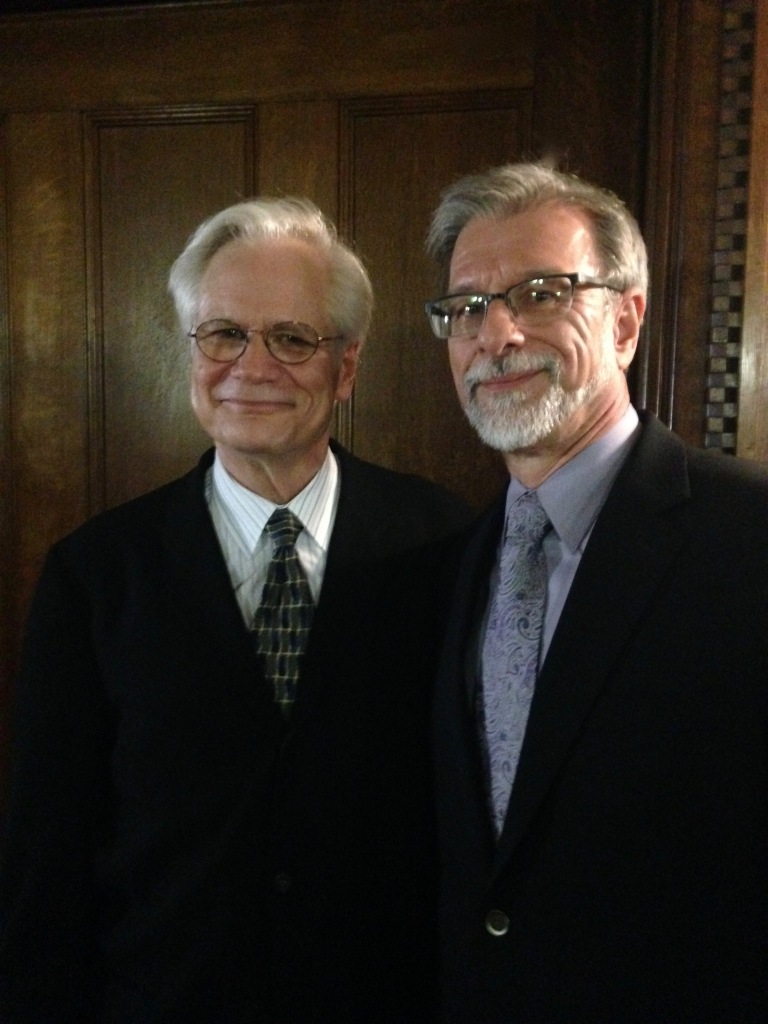 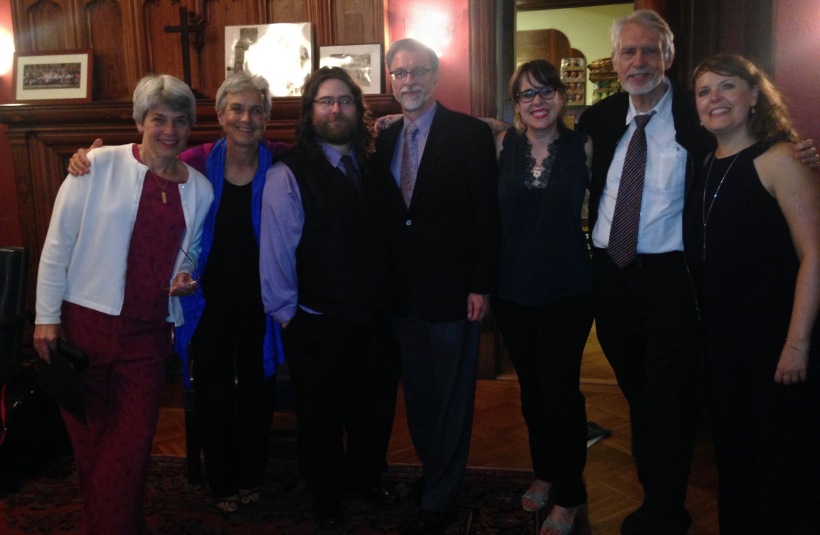