Yesterday I finished my little flute duet for January 18th’s Dolce Suono concert at Trinity Center here in Philadelphia. Mimi Stillman asked me and a number of colleagues to contribute short pieces inspired by Bach for a program honoring her teacher, Julius Baker. Andrea Clearfield, Richard Danielpour, Daniel Dorff, Jeremy Gill, Heidi Jacob, Jan Krzywicki, Robert Maggio and myself are all writing pieces for the occasion. My piece takes off from the Badinerie, the closing movement of Bach’s orchestral suite in B minor. (A badinerie is a scherzo in duple meter; I don’t know of any examples of the term outside of a few Baroque pieces. I suppose it is related to “badinage” or “banter”.) While the original movement features a single flute with strings and continuo, I have concocted a duet for two flutes alone – hence the name Badinerie Squared. The piece is based on motifs from the Bach but with some playful distortions of the harmony. Here is a snippet of the original: 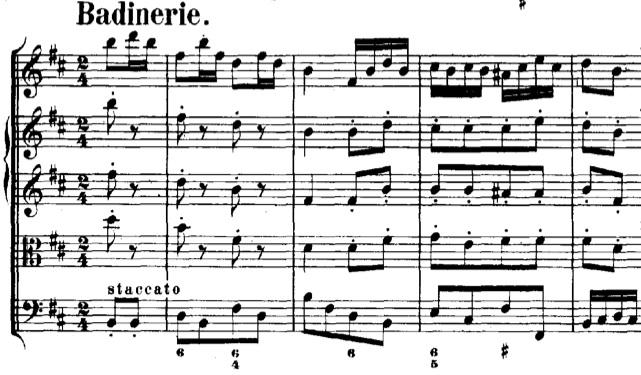 And here is the opening of my duet: 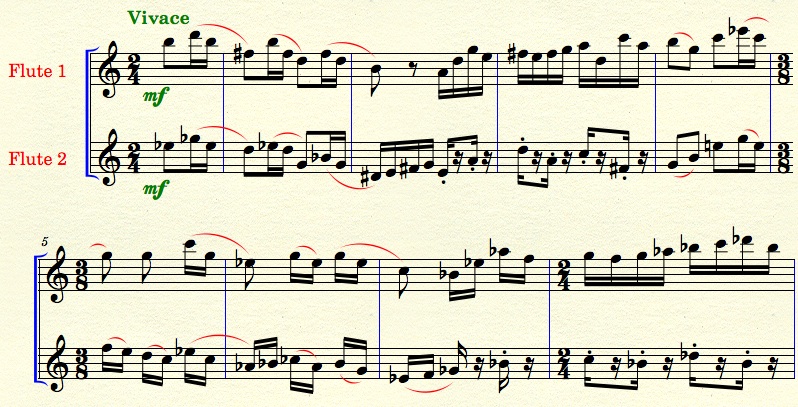 Other versions of the opening downward arpeggio include these: 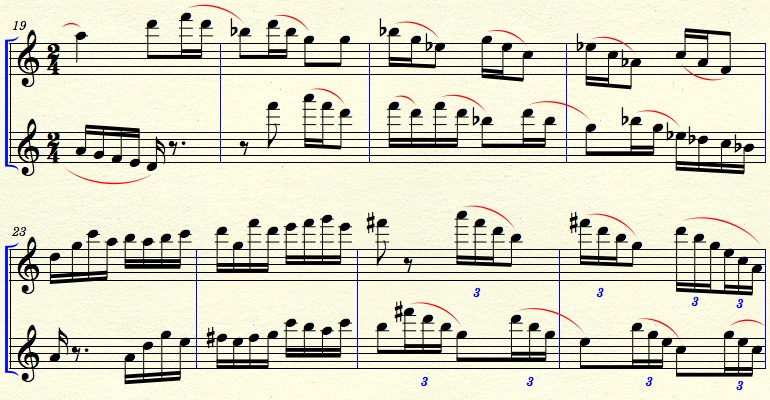 and later there is an inverted form as well.

There is a good bit of harmonic slip-sliding going on in this light-hearted piece that might bring Prokofieff to mind — or, given the character of the motifs, P.D.Q. Bach!

Mimi will be joined for my piece by Jeffrey Khaner, principal flute of the Philadelphia Orchestra and another Julius Baker pupil. Jeff premiered my A Flutist’s Sketchbook not that long ago.

3 thoughts on “Flute to the Power of Two”