Composer Daniel Asia has written about my Bridge Records release “Sacred Songs”, in the Huffington Post.

Program notes for the album by John Harbison and Susan Stewart are here and here; YouTube postings of tracks here and here.

You may have noticed the link at the end of the recent NY Times review of the Tanglewood performance of my Dark the Star – it takes you to a YouTube posting of a track from the Bridge recording of the piece. The recording is by William Sharp, baritone, the 21st Century Consort, and Christopher Kendall, conductor. You really should pick up a copy of the disc (there are links to do that at the Bridge website), but if you disdain physical media (and paying artists for their work!) and want to hear the piece from the beginning, go here. Dark the Star consists of nine movements played without pause, which means the separate videos for each track of the piece interrupt the flow in disconcerting ways, sometimes in mid-phrase – another reason to spring for the physical disc. The pieces from the Sacred Songs cd featuring soprano Susan Narucki are also on YouTube – here’s the first track from the cycle Holy the Firm.

Another way of listening to my work is to visit the audio excerpts link above. I’ve just posted two items:

– under solo voice, you can find the recent premiere of Shadow Memory, with soprano Lisa Williamson and pianist Rami Sarieddine, recorded at SongFest this past June. The piece is on a text by Susan Orlean.

– under instrumental, you’ll find the Oboe Quartet I wrote for Peggy Pearson and the Apple Hill Quartet, this taken from their performance at St. Paul’s in Brookline, MA this past spring.

And, yes, I was thinking of this title when I titled this post, though not of the book’s content.

Kile Smith has programmed my song cycle Holy the Firm, from the Bridge CD Sacred Songs for his WRTI program of music by living composers, Now is the Time. You can hear the program as part of the WRTI all-classical webstream at 9 pm EDST this Saturday, April 4.

The first review of my Sacred Songs cd that I have come across is posted in a blog on the Musical America website.

Here are the program notes for the other two pieces on my new CD on Bridge. (The first installment is here). The pictures below are of the Grammy winning soloists on the disc, Bill Sharp and Susan Narucki. 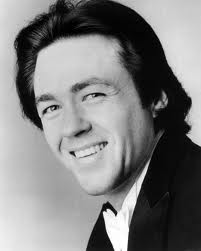 Composing this cycle of songs began with my discovery of three poems in Susan Stewart’s collection Columbarium that I knew I must set to music. The deep, dreamlike wisdom of these poems haunted me, just as I had experienced with Susan’s poem “Cinder” that had served as the fulcrum of my song cycle Holy the Firm. Eventually, texts by Rilke and an earlier setting I had done of a psalm verse were drawn into the gravitational orbit of Susan’s poems. I ordered the texts in a nearly symmetrical pattern, with two poems set a second time in versions that shadow their first readings. This is partly for the sake of the formal design, but, more importantly, to re-examine the poems in the penumbra of what comes before. Rounding the cycle in this way reflects not only the circles and repetitions in Susan Stewart’s texts, but also the way in which, as Rilke writes, the things we have let go yet encircle us.

William Sharp and the 21st Century Consort premiered this cycle in 2008. 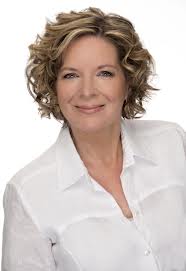 The little anthology of texts dealing with praise and mystery that I have assembled for this song cycle draws upon writings of three twentieth-century American women and a monk of the seventh century Sinai desert. It may be helpful to know that the fifth text is excerpted from a found poem based upon phrases culled from the Dictionary of Last Words edited by Edward S. Le Comte.  The wide-ranging affects of the texts called forth a similar range of musical languages but there are many recurrences, both musical and textual, that bind the songs together.

The cycle’s title is borrowed from that of a book by Annie Dillard that also provided the words for the second song. In that book, Dillard writes: “Esoteric Christianity, I read, posits a substance. It is a created substance, lower than metals and minerals on a ‘spiritual scale’, and lower than salts and earths, occurring beneath salts and earths in the waxy deepness of planets, but never on the surface of planets where men could discern it; and it is in touch with the Absolute at base. In touch with the Absolute! At base. The name of this substance is: Holy the Firm.”

Dawn Upshaw and Gilbert Kalish gave the first performance of the original piano and voice version of Holy the Firm in 1999. I subsequently made this chamber version for Susan Narucki and the 21st Century Consort; those artists gave the premiere in 2002.