Well, not a snow day in the sense of schools being closed (it’s a Saturday, anyway), but it has been snowing much of the day here in Philadelphia – on April 9. Several things to catch up on here:

Here’s a shot of Geoff and I after his performance: 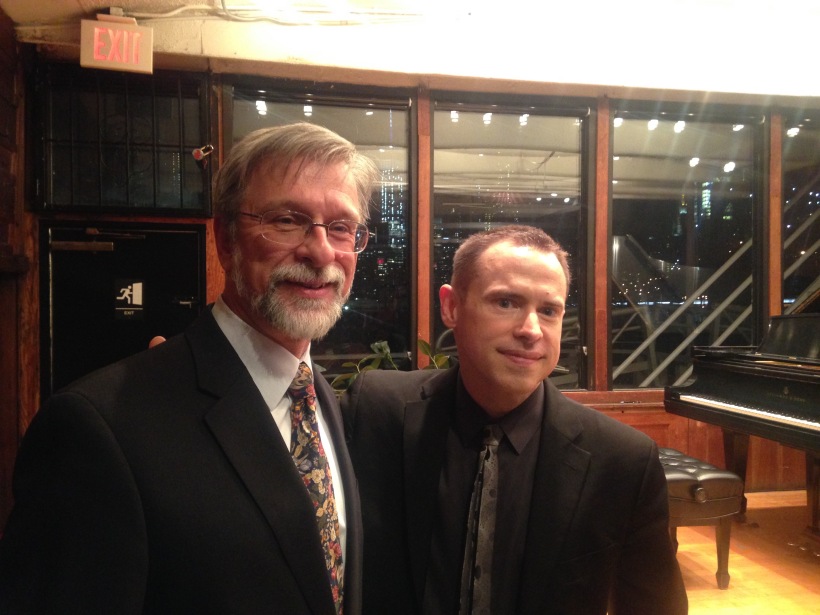